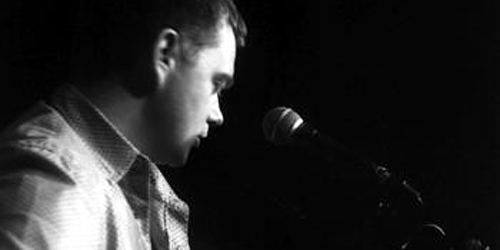 We're proud to announce that John Cunningham will be supporting our favourite Cricket Popping songsmiths on their September tour.

English singer/songwriter John Cunningham gives a rare performance of songs from his album ‘Happy-Go-Unlucky’ as well a selection from a much awaited new album currently in the making. Signed to One Little Indian Records in the UK and Joe Pernice’s label (Ashmont Records) in the US, John has written and produced several albums achieving chart success in Europe.

He has worked and gigged with John Martyn, Edwyn Collins, The Go-Betweens, Television, Rufus Wainwright, Yann Tiersen, Smog, Ben and Jason, Stereolab and The Pernice Brothers.

‘Cunningham specialises in the sort of tiny, aching wonderful moments.. that will have you returning repeatedly to each song’ .
-- NME Sept 6th 2003 8/10 (Rob Fitzpatrick)