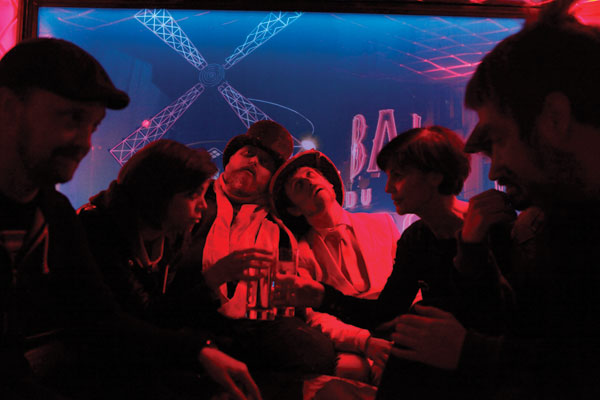 FIRST off, I'm not much interested in cricket. Five days dozing off in front of a terminally tedious game that could last the better part of a week and finish without a result? Who cares?

I do like brilliantly crafted, ultra-witty pop music, though. The Duckworth Lewis Method - a side project by Divine Comedy main man Neil Hannon and Thomas Walsh, leader of cult pop sensations Pugwash - have clever tunes on tap. Even if all of them are about cricket.

Their just-released second album Sticky Wickets - with guest appearances by Henry Blofeld, David Lloyd and Stephen Fry - is as crammed with sweetness as their dazzling 2009 debut. To promote it - ahead of a proper tour planned for later - the DLM played in two locations. The first was Lords. Nottingham was selected because this week the city's hosting some big cricket thing, or so they say.

From the moment they appeared - the skinny Hannon in pith helmet and military jacket, the enormous Walsh all in black, wearing a top hat - the Laurel and Hardy of cricket rock were a delight.

Opening with the new record's mock-lascivious Rolling Stones-ish title track, the show was frequently hilarious (get through Jiggery Pokery, their astonishingly daft account of Mike Gatting being banjaxed by Shane Warne, without laughing and you're probably already dead), sometimes oddly moving (a seductive version of The Nightwatchman), frequently silly (Sweet Spot) or bizarrely funky (Line And Length) but always effortlessly impressive. The lyrics were precise and pointed, the melodies simply amazing.

By the end of the night, even a non-believer like me was on the verge of conversion (or is that the other game?). Joyous.