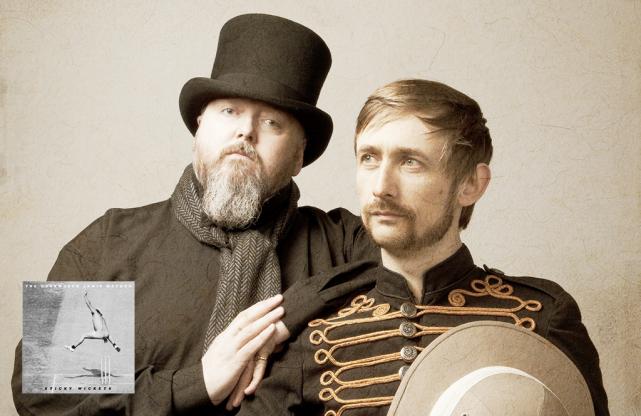 As Neil Hannon’s band The Duckworth-Lewis Method release a second album of their catchy, cricket-themed pop, we asked the Divine Comedy singer about five of his favourite cricketers.

“My sport addictions began when I left school. In around 1989, I had this wilderness period where nothing much was happening with my music and I had a lot of time on my hands – so Test cricket was absolutely ideal. My memories are mostly of Robin Smith rolling his eyes at what was going on around him. Often at Devon Malcolm.”

“My favourite England player ever is Andrew Flintoff (below). He was such a breath of fresh air. He had this confidence which you didn’t see from all England players. I think that bred belief into the whole side. He didn’t quite fulfil his potential because of injuries, but he was just astonishing when he was on top form. He was a man of the people, too.”

“I wrote a [hypothetical] commentator’s scorecard [for track Mystery Man] and went for Curtly Ambrose bowling myself out because, if he started bowling at me, I would run a mile. The stumps would just be there for him to pulverise. Curtly – and the other fast-bowlers the West Indies had – made them probably the most terrifying side in cricket history.”

“I absolutely worship the bowling of Shane Warne, but my favourite non-England player is probably Adam Gilchrist. He was amazing to watch and he has an astonishing record, which I googled before I got your call. He’s scored a hundred sixes in Test cricket, he’s taken over 300 catches and he’s easily the most successful keeper-come-batsman ever.”

“Shahid Afridi is a good player and a really exciting one, but the song Boom Boom Afridi came about because of my affinity for David Lloyd. He was the one who coined the phrase [Afridi’s nickname ‘Boom Boom’] and I kind of ripped-off all of his catchphrases for that one. We got in touch with him, too, and he was good enough to give us some Bumble-isms, which we’ve used in the song.”