The National: The Musical World Of Cricket

James McNair of The National chats all things Sticky Wickets with Neil and Thomas. The National is a daily newspaper based in Abu Dhabi, UAE. 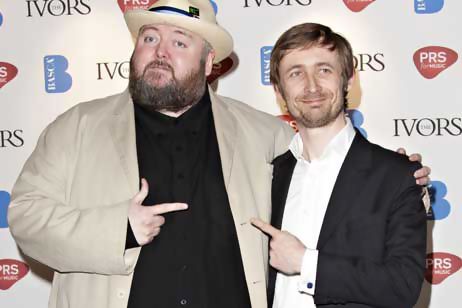 Named after a cricket-specific mathematical formula used to help the second team batting compute a target score, The Duckworth Lewis Method comprises the Irishmen Neil Hannon (The Divine Comedy) and Thomas Walsh (Pugwash). Like their acclaimed eponymous debut, their new record Sticky Wickets is another cricket-based concept album or, as they put it, a “nimble-witted cricket fantasia”. Guests joining Hannon and Walsh this time include Daniel Radcliffe and Stephen Fry.

All of the songs on Sticky Wickets allude to cricket, but some of them also use the sport as a lens through which to see the world.

NH: The Umpire is a good example, because it addresses the idea that everything is coming down to technology; that the human aspect of things is being driven out.

TW: To me, that song has a Ray Davies (of The Kinks) vibe, because Neil’s talking about these dignified, overlooked characters. I love the bit where the umpire is doddering down the middle lane of the motorway to the match in his Escort. All the players are whizzing past him in their Ferraris, but he’ll rule over them later.

How did you get Daniel Radcliffe and Stephen Fry involved in this album?

NH: You read and you hear that these people are cricket fans. With Daniel, it also turns out that he’s a Divine Comedy fan, so unbeknown to me I had a secret influence on Harry Potter. Daniel came in and did his bit on Third Man and was the most lovely man.

TW: Stephen Fry had tweeted that he loved the first album and there was a clear rise in sales after that. At first Neil was trying to sing that part on Judd’s Paradox but then we thought: “Let’s ask Stephen to narrate it.” We knew [the comedian and friend of Fry] Phil Jupitus, so we went through him. Thankfully, Stephen said he’d love to do it.

What is Judd’s Paradox?

NH: I got the idea from the film Another Country. There’s a scene where one of the characters and his friend Judd are walking outside a cricket ground discussing the paradox that, as much as they love this beautiful game, cricket also kind of sums up everything that’s wrong about colonialism.

Tell us about Boom Boom Alfridi, your tribute to the Pakistani cricketer Shahid Alfridi.

TH: Well, the rhythm is the same as Living in the Past by Jethro Tull.

NH: And then I had this kind of Leonard Bernstein piano part, because the rhythm reminded me of America from West Side Story. Alfridi’s nickname was coined by the TV commentator David Lloyd, the funniest man in cricket. Lloyd called Alfridi “Boom Boom” because the he kept knocking the ball out of the ground.

Have you met Frank Duckworth and Tony Lewis, the men who devised The Duckworth Lewis Method?

TW: No, but we’ve had some lovely correspondence from them saying they like the music.

NH: The name came from our initial brainstorm in the pub. You know: if you were crazy enough to make a concept album about cricket, what would the band be called? We actually used a lot of the ideas from that first brainstorm on this album, too.

Do either of you play cricket?

TW: [Patting sizeable belly and laughing] Not much. I played as a kid, though.

NH:  I play a bit now, but as a kid I was allergic to all sports and physical activity. Then after I left school and I was in my wilderness years, still living with my parents and trying to make music work, I thought: “I’ll give that test cricket a watch – it lasts for five days and it seems like it could be a perfect waste of time.” I got hooked.


• Sticky Wickets is out on Divine Comedy Records on Monday. The 2013 Ashes cricket series begins on July 10