A 2009 review of the debut Duckworth Lewis Method album from KSpaceTV. 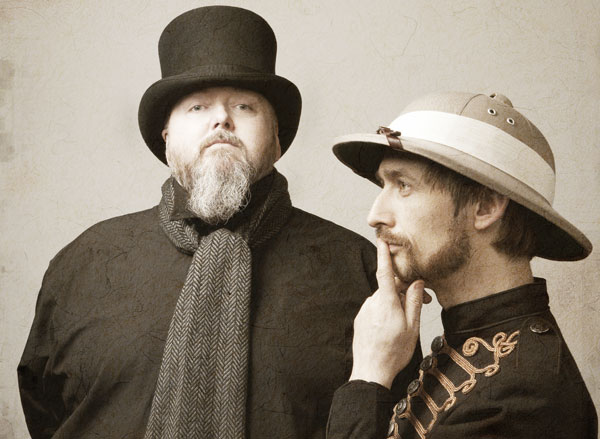 Not many bands name themselves after an obscure mathematical method used to score cricket. Then again, not many bands are like The Duckworth Lewis Method! The Duckworth Lewis Method is a deliciously twee pop band whose primary distinction is… all their songs are odes to the game of cricket. In fact, the band’s recently released, self-titled debut album is devoted entirely to that most veddy English of sports. The album’s structure even follows as close to a cricket match as possible, starting with the “Test Match Special,” pausing with “Rain Stops Play,” and climaxing with “The End of The Over,” with pauses to note great events in cricket history (“Jiggery Pokery,” for example, artfully recreates Shane Warne’s 1993 controversial triumph at bat).

Even more shocking is how good the album actually is. Then again, considering the team’s all-star members, maybe it’s not such a surprise. The Duckworth Lewis Method is a labor of love comprised of two acclaimed eccentric popsmiths, Neil Hannon (famed for his work with the Divine Comedy) and Thomas Walsh (of the beloved Irish group Pugwash). Hannon and Walsh surround their subject matter with sonics that truly put you right on the pitch: here, the Kinks’ great narrative skills collide with skewed XTC-style hooks and a wonderfully Beatlesque sense of whimsical melody and invention. In the end, Hannon and Walsh create the perfect soundtrack to relive those Sunday afternoons at bat – for cricket fans, it might just be the ball of the century.