Sun On The Sand: The Duckworth Lewis Method

A 2009 review of the debut Duckworth Lewis Method album from Sun On The Sand. 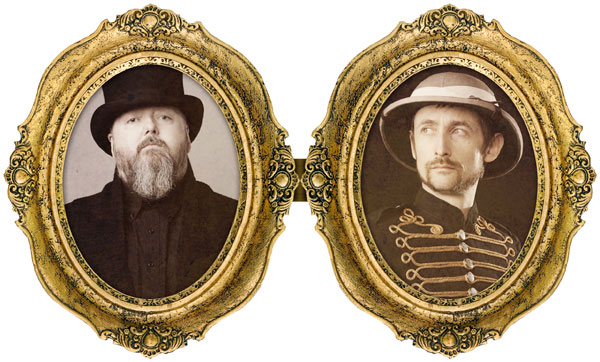 The concept album has made something of a comeback this decade and has been mainly used to display social or political discontent. The Duckworth Lewis Method have taken on a different subject matter on their attempt at the concept album. Never mind the war in Iraq or growing levels of unemployment, it’s summertime and that means it’s time for cricket. Yes, Irishmen Neil Hannon (of The Divine Comedy) and Thomas Walsh (of Pugwash) have gotten together to make music about this very English sport and through satire and genuine love for the game of cricket, have produced a highly original and entertaining album.

Taking their cues from classics such as The Village Green Preservation Society and a few McCartney-isms with Spinal Tap and Monty Python moments, the album takes you on the journey of a game of cricket interspersed with a few history lessons and childhood flashbacks. Even the band name references the scoring formulation used to declare a winner in a rain-effected game. Those unfamiliar with the game may get a bit lost along the way but there is plenty of pop and wit to enjoy (although a trip to Wikipedia may be in order to fully understand some references). But if, like me, you like cricket and classic British pop, then you are in for a treat.

The history of the global expansion of the game is told on ‘The Age Of Revolution’. A great song no matter the subject, its retro-sounding trumpet and offbeat bass line drive the song along so that by the end of the first chorus, 10CC’s ‘Dreadlock Holiday’ will finally be discarded as the best pop song about cricket. “Time to take the new ball, the dollars and the rubles” Hannon sings before declaring “we’re all going global”. The song also references places throughout India, Pakistan, and the Caribbean, places now as synonymous with cricket as England itself. “Go and get your pads on and take your place in the sun” adds Hannon.

‘Jiggery Pokery’ starts off a bit like The Beatles’ ‘Martha My Dear’ before becoming some kind of Eric Idle-esque musical satire. This song tells the story of the so-called “Ball Of The Century”, a delivery by then unknown Australian leg spinner Shane Warne (for Americans, it’s sort of like a knuckleball pitcher in baseball) that completely bamboozled and embarrassed experienced English legend Mike Gatting in 1993. Hannon sings from the point of view of Gatting and speaks of “muggery, robbery, Aussie skullduggery” and asks “Who was this nobody making me look a buffoon?” The song is full of wit, charm, and humour ending with the line “I hate Shane Warne”. It’s all good fun but with England currently taking on Australia in a heated series, it will probably stir up some emotions on both sides.

To go along with the obvious cricket inspirations are a couple of ballads that are a bit subtler. ‘Mason On The Boundary’ is a lovely dreamy piece of Kinks-inspired pop. The song is about spending a day in the summer sun playing cricket but could be seen as a song of more universal escapism while ‘The Nightwatchman’ is the kind of nod to 70s lounge ballads that Super Furry Animals have been pulling off so well for so long. In cricket, the nightwatchman is someone of lesser batting ability (usually a bowler) sent into bat late in the day with the sole objective of preventing any further loss of wickets and to protect the more accomplished batsman in the team. From this point of view, Hannon sings of the anxieties and sacrifices he is willing to make in order for this to happen. “I’ll give it all and more/to be by your side in the morning light” he promises while fighting the demons of insecurity. “Morning has broken and I’ve got to go/how it’s going to end I don’t know”. Again, there is a greater universality to the song but for those in the know, it will bring a big smile to your face.

From ‘The Coin Toss’ to ‘The End Of The Over’, The Duckworth Lewis Method have created a wonderful musical experience. There is a lot of satire and laughs (the mentioning of the now traditional late afternoon streaker referenced in ‘Test Match Special’ particularly) but this album’s greatest strength is its genuineness. Hannon and Walsh are huge cricket fans and very accomplished songwriters. Outside of Britain, it may not be truly understood but great pop doesn’t have borders. It’s a bit strange that it took two Irishmen to come up with it, but The Duckworth Lewis Method is not only the best cricket-inspired album ever made, it’s also one of the finest albums you will hear this summer.

Sun On The Sand - Matthew James